This data represents the surgical complications and accounting for Dr. Warner during the year of 2017.

Physician Overview for the Year 2017

Dr. Warner’s 2017 surgeries are organized by type below: 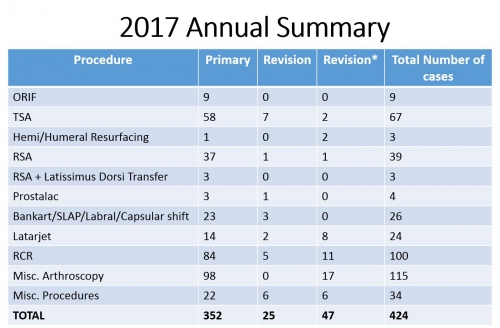 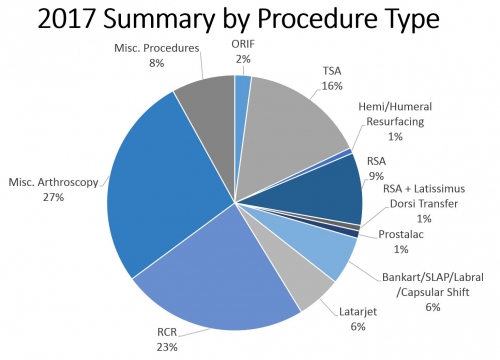 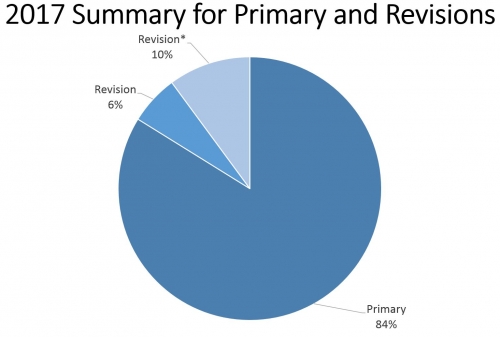 *Revision of surgery performed by outside surgeon 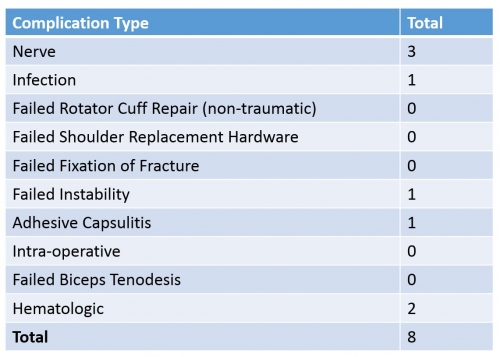 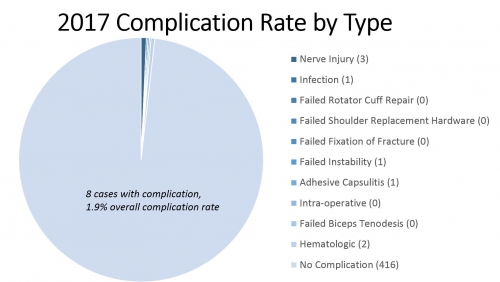 How Many Surgeries Required Readmission?

Of all 424 surgeries in 2017, 2 cases (0.5%) had to be readmitted to the hospital for management. 1 was for adhesive capsulitis/stiffness after a Latarjet procedure that was resolved after a capsular release. The other patient underwent irrigation and debridement for an infection after a Latissimus Dorsi Tendon Transfer. Itemized details by case are found in the “Complications by Type” section. 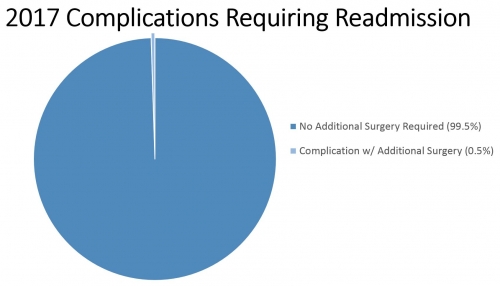 In the spirit of transparency and accountability, BSI is moving to provide the most detail possible for each complication. This unique feature enables patients to be fully informed. Each of Dr. Warner’s 2017 complications is detailed below, along with whether it is resolved or ongoing. The complications are itemized by type.